Are Latino Men the Victims of ‘Racialized Disinformation’? 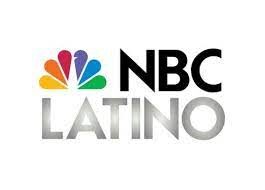 On April 13, NBC Latino ran an article with the sensational headline “Young Latino men may be ‘easy targets’ for disinformation on immigration, report says” . Read more deeply into that article, however, and you will find that what the outlet is complaining about is that (1) Latino men in the United States share much in common with other Americans in the same demographic; and (2) many Latino men are not getting their news from NBC Latino.

The report in question is from “United We Dream Action” (UDWA), which bills itself as: [T]he largest immigrant and youth-led network in the United States with a goal of creating a political and organizing home for Latinx people and immigrants broadly to enact the changes our communities need and deserve, while advancing a vision of racial and immigrant justice. As I have noted more times that I can count , I eschew such pigeonholing as “Latinx people” when describing my fellow Americans, and there is nothing in this report to disabuse me of that.

The UDWA “is the lobbying, advocacy and electoral arm of United We Dream” , which in turn […]

Read Also  Why Republicans and Democrats are both failing Latino voters