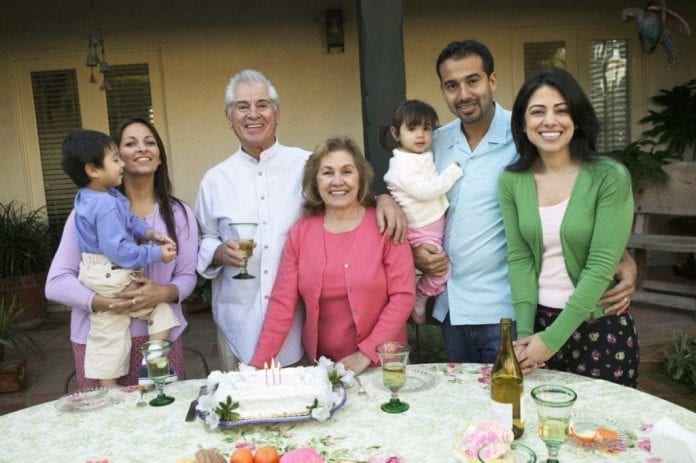 Why do Mexicans Have so Many Kids? It’s a stereotype, by now it is probably untrue… but it is not entirely inaccurate, that of a dozen kids piling into the single car of a Mexican family. I myself only have one sibling and by Mexican standard that makes for a very small family. My parents also came from relatively small families: my mother as one of four children and my father the same. I do have a couple of aunts and uncles who have had five children and. That seems to be a little more like it.

Contents hide
1 Several answers
2 Cultural values of Mexicans
2.1 Eric Valenzuela
2.2 Related
But the ones who take the tamale have got to be my buddy David’s parents. His mother and father are one of seven and one of twelve respectively. I’ve got a total of over twenty cousins (just counting the first cousins) and on Christmas it does make for a full house. It was always a sad event to find yourself at the back of the piñata line at birthday party because there was absolutely no hope of taking a whack at that thing.
But I’ve been to David’s house on Christmas Eve and there are so many Mexicans there you would think they were giving away _______ (insert your own joke here- I suggest the following: Budweiser, Green Cards, jobs in front of the Home Depot, tacos… the possibilities are endless!).

It does beg the question: what’s up with Mexicans having so many kids?

This query does not have one simple answer but I have my theories. First, there’s the reason that all agriculture based economies had so many kids. Just like America prior to WW2, families on the farm needed the farm hands. Same goes for Mexican farms. But that isn’t the only answer.

The second reason off the top of my head is Catholicism. There are some strict interpretations of the Bible that some argue prohibit any and all forms of birth control. The old catholic guilt will tell you that the only purpose for sex is to procreate. In fact the only reason a man’s seed should ever leave his body is for this reason otherwise he is guilty of onanism (which is just a fancy dirty word named after Onan, a guy from the Bible).

Third, it’s just one of the dominant cultural values, because Mexican families place great value on the family and on taking care of one another in a way that is very different from American values. It isn’t as common or acceptable for a child to go away to college far away and never return. Nor is it considered acceptable to place the old and infirmed in an old-folks home. The elders are to stay with the family and that’s that. This sense of family togetherness is related to the desire to have a large family.

So, why do Mexicans Have so Many Kids?

Therefore, I don’t really think there is much else to it than that: the farm, the no-birth-control-of-any-kind, and the family togetherness. To those of you who are waiting to start a family I would suggest this: don’t even look at a Mexican woman the wrong way, especially if she still has her catholic school uniform,  because you could end up a daddy before you know it.

Originally published in HispanicLA in 2010.