Whether through state laws, city ordinances, executive orders, or federal measures, if anti-immigrant Republicans have anything in common it’s that they are operating from the same, old playbook: promoting—and, oftentimes, implementing—measures that pretend to combat undocumented immigration but end up inflicting damage on minority communities.

Those targeted are often Hispanics, especially through the use of racial profiling and the violation of civil rights.

It’s an image that they created of themselves and which they cannot fight, not even the most moderate conservatives, since their silence in the face of the subjugation of the political sect that has formed in response to former President Donald Trump has forever harmed their principles and values. If anything remains from all that, no one knows because they have permitted a racist and anti-immigrant movement to keep their party hostage to this day, out of convenience.

Greg Abbott, the governor of Texas who issued an executive order authorizing the Texas National Guard and Texas Department of Public Safety to detain undocumented immigrants and return them to the border—based on the argument that the administration of Joe Biden has shirked its federal responsibility to control the borders—provides the most recent example.

Additionally, the so-called Operation Lone Star, another joint mission between the Texas Department of Public Safety and the state’s National Guard began in March 2021, supposedly to control undocumented immigration and illegal drug trafficking.

This situation is proof that, from their perspective on race and power, the governor is willing to undermine federal law, in frank defiance of a democratic government he attacks every other day, in order to position itself before potential voters, scarcely months before the next election.

Basically, in addition to the fact that these measures usurp the federal role of approving and enforcing immigration laws, and are purely political games to maintain the support of voters who make up their base, these initiatives are also the perfect recipe for the use of racial profiling.

Operation Lone Star, for example, which has been allocated some $4 billion from state coffers and engaged 10,000 members of the National Guard, does not wind up “protecting” the border, but criminalizing immigrants in order to deport them in an expedited fashion, alleging that there is supposedly an “invasion,” despite the fact that many are coming, paradoxically, to find protection in the United States.

With these draconian measures, someone who looks Hispanic—whether they are a citizen, often going back generations in this country, especially in states like Texas or Arizona, which used to be Mexican territory—is in imminent danger; permanent residents, temporary visa holders, and undocumented people are also at risk.

No one carries their passport or green card pinned to their forehead. Therefore, it’s expected that the National Guard soldiers and police will rely on the use of racial profiling.

And that’s not the only issue: add in serious violations of civil rights and irreparable harm to the state’s economy. But those damaging consequences aren’t of importance to Republicans like Abbott, since they prefer to use immigrants as sacrificial scapegoats, like always, for their political advantage at election time.

Who can forget the effects of two laws, SB 1070 in Arizona and HB 56 in Alabama? America’s Voice was in both states reporting firsthand about the effect of these laws on the Hispanic population. Not only did they sow fear in the undocumented immigrant community, but among Latinos in general; citizens who feared being detained at any moment, solely because of the color of their skin; or, in other cases, for speaking English with an accent. Not to mention the damage both measures had on the states’ economies.

In Alabama, for example, many crops were lost because undocumented people who worked in the fields left, for fear of being detained. Local businesses lost the customers who frequented them and the state itself lost out on sales taxes, having fewer consumers.

It’s that politicians like Abbott exploit the immigration issue for political reasons without thinking about or, worse still, understanding the impact that these measures can have on Hispanics who are voters and perhaps even voted for him—without thinking about the damage that can be inflicted on their own economy or state’s image.

This matters so little that they even resort to other, more sinister strategies—as if the self-inflicted damage was not already enough. For example, Republicans have invited the prime minister of Hungary, Viktor Orban, to participate in the Conservative Political Action Conference in Dallas this week, knowing the neo-Nazi tint of this European politician’s ideas.

Last month, Orban said: “There is a world in which European peoples are mixed together with those arriving from outside Europe. Now that is a mixed-race world. And there is our world, where people from within Europe mix with one another… This is why we have always fought: we are willing to mix with one another, but we don’t want to become peoples of mixed-race.”

What is the significance of bringing such a xenophobic and racist person to the United States at the very moment an epic battle is being waged to eradicate anti-immigrant sentiment from this country? Obviously it is both a cynical and dangerous provocation, with incalculable consequences, about which Republicans simply do not care.

Moreover, they also do not care that their racist rhetoric and claims of an “invasion” have lethal consequences such as the El Paso, Texas massacre, which is coming up on its third anniversary August 3, and where the white supremacist Patrick Crusius shot 23 people in a Walmart store, motivated by the hate speech, intolerance, and fanaticism that intensified against minorities, often Latino minorities, during Donald Trump’s presidency.

When it comes to Abbott’s executive order, Democrats and activists in Texas have denounced the initiative’s danger and, in the case of Operation Lone Star, the daily Texas Tribune and ProPublica reported that according to state records, the Department of Justice will be investigating potential civil rights violations.

SB 1070 was declared unconstitutional by the Supreme Court in 2012, and HB 56 was blocked by lawsuits, until a settlement was negotiated in 2013 between the state, the Southern Poverty Law Center (SPLC), and civil rights groups who sued, arguing the law’s unconstitutionality. Alabama permanently blocked the law’s most onerous provisions.

But their footprint, as nasty as it is prejudicial, will remain in perpetuity, like a dress rehearsal for the future that we reached this century, irremediably.

Republican extremism has intensified and the party has continued to take governorships and state assemblies that are fertile ground for this type of measure, as we see in Texas. Worse still, the midterm elections are near, where the potential exists for the Republicans to re-take control of one or both chambers of Congress. And it’s expected that they will push a migration agenda as extremist as the figures who control the Republican Party. 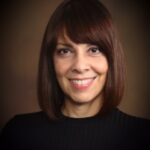 Chicanos/Latinos in higher education: this is what we found.