Nestled pretty close to the center of the city, the Mission sits surrounded by SoMa to the west, Bernal Heights to the south, and the Castro to the east.

For such a small city it has always been incredible to me how it can sustain so many distinct neighborhoods with their unique characteristics. Even the most aloof resident of the city (and there are many) can tell what part of the city they are in by the architecture, the shops and restaurants, the bars and attractions, the geography.

The Sunset is not Twin Peaks. Pac Heights is not the Presidio. You try to stay away from Hunters Point. And still no one exactly knows where Excelsior is. 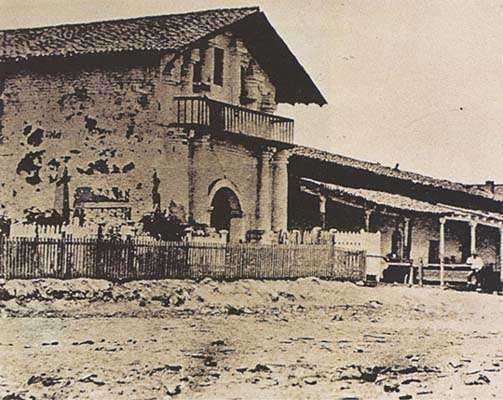 When it comes to the Mission you will know you’re there by a few distinct traits beyond the cheap beer: due the geography of the city it is probably the warmest and sunniest part of the city; there are two BART (subway) stops; and it is the largest Latino community in the city.

The area has had a Spanish influence since 1776 when Spanish priest Francisco Palou founded the Mission for which the city is named- after St. Francisco de Assisi. Prior to that the area had been inhabited by the Yeluma Indians for over 2000 years but as everyone knows, whenever you mix Europeans and natives… one of them is going to disappear and it will probably the ones who haven’t been making use of gun powder for 1000 years.

The Mission that currently stands was built in 1783, probably with forced Indian slave labor. The surrounding area was owned by various Spanish rancheros with names that are still important to the city of San Francisco like Valencia, Bernal, Noe, Guerrero: these are currently names of streets and neighborhoods throughout the city. Eventually the land was ceded in the deal that ended the Mexican-American War.

The Gold Rush came and went and along with the rest of the city, the Mission District grew economically by leaps and bounds; it was home to California’s very first professional baseball stadium and had a couple of others over the following century which were home to teams like the San Francisco Seals and the Mission Reds.

Throughout most of the 19th and well into the 20th century, the Mission was mainly a German and Irish community. After the earthquake of 1906 so much of the city’s economic and commercial center in the downtown and financial districts had been destroyed or disrupted that the Mission became the main commercial thoroughfare for a short time. The area saw an influx of Polish immigrants as well but like so many other places, once World War II arrived everything changed.

When so many men left to join the war effort, their families returned to their own  families or simply moved on. As such this left a void in the housing market and prices and populations dropped. Enter a new group of immigrants, the Mexicans. The Germans, Irish, and Poles had left and the Mexicans seized the opportunity for inexpensive housing. This started happening in the 40s and went well into the 60s and the neighborhood has been a Hispanic community ever since.

In the 1980s, civil unrest and instability in the Central America brought many more immigrants to these here United States and many of them reside in the Mission District which is why their Mexican food is substantially subpar when compared to Southern California efforts, but it is probably the best place to get a plate of pupusas.

Over the past decade or so, since it has become the trend for young urban white people to gentrify neighborhoods because it’s “more real” (see Brooklyn; see Oakland; see Echo Park), the Mission has seen a dramatic increase in the white population along with increased housing prices- even Dave Eggers’ charitable foundation, 826 Valencia, is based there. Despite this, the district remains a destination for Hispanic immigrants.

A few things to see and do whilst in the Mission include a visit to actual mission which still stands on Dolores Street, not far from Dolores Park. My favorite rock climbing gym, Mission Cliffs is there. And the Mission is home to many Latino art galleries and cultural centers like Galeria de la Raza, and so many murals all over the neighborhood that were commissioned by the Chicano Art Mural Movement of the 1970s.

The Mission has become synonymous with great burritos, too. In fact, there is a restaurant not far from my place in Upper West Side Manhattan that boasts “San Francisco Mission Style Burritos”.

Mission and Valencia streets are home to dozens upon dozens of bars, bookstores and restaurants that are host to the annually literary event LitQuake in October. It was home to a punk scene for a while and was even characterized as a Bohemian community akin to Greenwich Village though it’s difficult for any neighborhood close to Haight and Ashbury to co-opt that moniker.

So the Mission isn’t exactly a Mexican neighborhood anymore but it does have strong Mexican ties and a rich heritage.

One of the drawbacks to San Francisco’s fantastic BART system is that it ceases to run by 1:00am on the weekends. With the bars going until 2:00am this can cause a crisis of priority. Countless times I’ve found myself enjoying a cold beverage with friends as single tolling of a bell drew near. One more, my friends would say- and I would relent. Then, with just moments to make the last train, I’d run out of Zeitgeist.

Or the Latin-American Club or the Elbo Room, as fast as I could. Half the time I made it, saving myself a $25 cab ride home. The other half of the time my comrades would smile as I walked back into the bar. With a bacon wrapped hot dog in my hands I’d sit down to another beer. 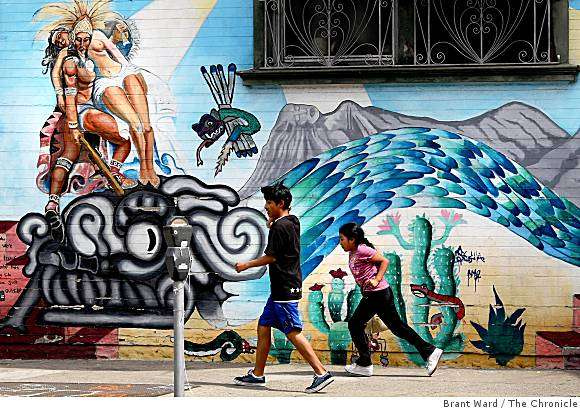