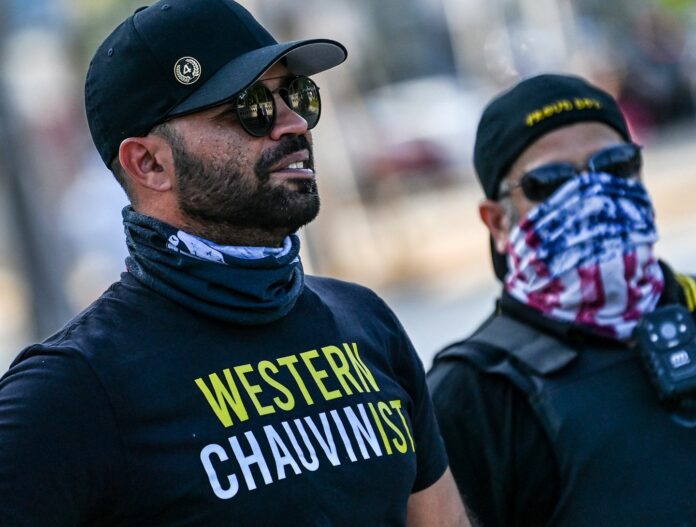 The notion that people of color can’t possibly belong to white nationalist hate groups has been exposed as a plain fallacy. Black and brown members of such groups often play the role of  “useful idiots,” as others have put it, because they offer the perfect cover to mask these extremist organizations’ latent racism.

Case in point: The leader of the Proud Boys — the far-right, neofascist group at the center of the Jan. 6 committee hearings for its prominent role in the US Capitol insurrection — is Enrique Tarrio, a dark-skinned Cuban American. Tarrio, who faces several federal charges in connection with the Capitol attack, including a rare charge of seditious conspiracy , has repeatedly downplayed the group’s white nationalism and notoriously told an Insider reporter that he denounces white supremacy, fascism, and communism. “I’m pretty brown, I’m Cuban,” Tarrio said. “There’s nothing white supremacist about me.”

Of course, the Proud Boys’ links to white supremacy activism and violence has been well documented, even prior to the Jan. 6 insurrection. What has yet to be deeply examined is why far-right groups are attractive to Latinos like Tarrio. Why would a person from a marginalized, oppressed group identify with […]