The idea of conquering America never came crossed Napoleon’s mind – despite having to deal with the problem of Haitian revolution, in 1804. It was spurred on by the English enemy to try to get the emperor to distract troops from Europe and send them to quell the uprising.

However, the intervention of the Napoleonic Army Officers, after Waterloo, was very important for the cohesion of the new nations that were emancipated from Spain, especially in South America, where they collaborated in the feat of independence.

After the war in Europe there was an exodus of Napoleonic officers to the young American countries, especially between 1812 and 1815. They fought against Spain and for the emancipation of the Continent. They gave the new republics military advice and training, and fought personally in many battles by sea and by land.

General José de San Martín (who was a Lieutenant Colonel in the Spanish Royal Army), immediately after retiring from his post in the kingdom, embarked to Buenos Aires, with instructions elaborated in Great Britain to recruit volunteers, form an army from the local population, cross the Andes and crush the Viceroyalty of Peru.

When San Martin he arrived to the American coasts, he had the help of experienced French sailors. They turned into privateer or corsairs who would harass Spanish ships. Among them was Hipolite Bouchard, one of many officers of the Napoleonic Empire who would assist San Martin in the saga that would make him the Liberator of South America.

In the campaign that ensued, a significant number of foreigners participated. Among them  stood out the French officers, who participated in almost all the battles fought in Chile and in Peru. And after the war they usually returned to France.

After the fall of Napoleon Bonaparte in 1815, the government of the United Provinces of the Rio de la Plata, represented in Paris by Bernardino Rivadavia (who in 1826 became the first President of Argentina), recruited a large number of officers of his Imperial Army, to fight for the independence of the Spanish colonies in South America.

In mid-1816, several of them left from France to Buenos Aires and joined the liberating army. Among the military who came to these lands we can mention Ambrosio Cramer, Alberto Bacler d’Albe, Jorge Beauchef, Carlos Luis Federico Brandsen, Alexis and Eustaquio Bruix, Benjamín Viel and Eugenio Giroust.

One of the most recognized commanders that the Army of the Andes was Ambrosio Cramer. Born in Paris in 1792, he conducted Bonaparte’s invasion of Spain. He was wounded in battle of Pamplona.

Read Also  Shall we have Coffee? A Brief History of the Dark Elixir

In 1815, Cramer fought in Waterloo -one of the greatest battles of the nineteenth century- in which the French were defeated. Then he left for South America and arrived in Buenos Aires in 1816.

Juan Martín de Pueyrredón, who was appointed Supreme Director of the United Provinces of the Río de la Plata after the Argentine Declaration of Independence, granted Cramer the rank of Commander of infantry on July 30 of that year, after the dismissal of the then commander of the 8th Battalion of Infantry, Lieutenant Colonel José María Rodríguez, who had been tried and expelled from the army for plotting an attempt against the life of General San Martín, in mid-1816, in the city of Mendoza.

At the end of that year, Cramer left for the then province of Cuyo (todays San Luis, San Juan and Mendoza) and occupied its headquarters in the city of Mendoza.

On January 22nd, 1817, the French commander left with four companies from his 8th battalion. He made the crossing of the Andes at the path of Los Patos and crossed the Llaretas pass. On February 12, he and his troops fought in the battle of Chacabuco. Due to differences with General San Martín, Cramer resigned from his post and left for Buenos Aires. Later, he traveled to Tucumán and worked as field assistant for General Manuel Belgrano.

In 1822, already settled in the metropolis of the Rio de la Plata, he participated in the expedition that founded the city of Tandil in the province of Buenos Aires. He was a surveyor and joined as a soldier to the troops of the German General Federico (Friederich) Rauch to fight the indians that ravaged the Pampas. 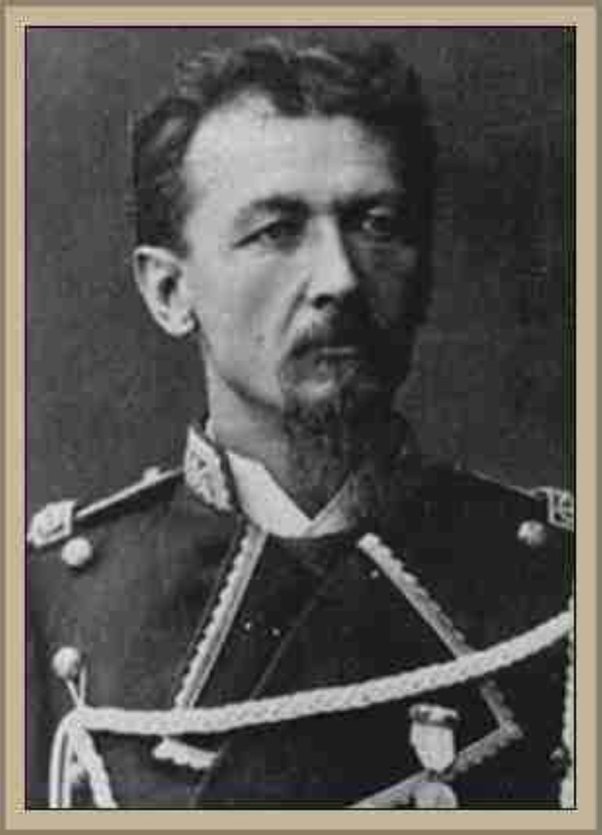 Cramer died in the battle of Chascomús in 1839, during a revolutionary uprising against Juan Manuel de Rosas. 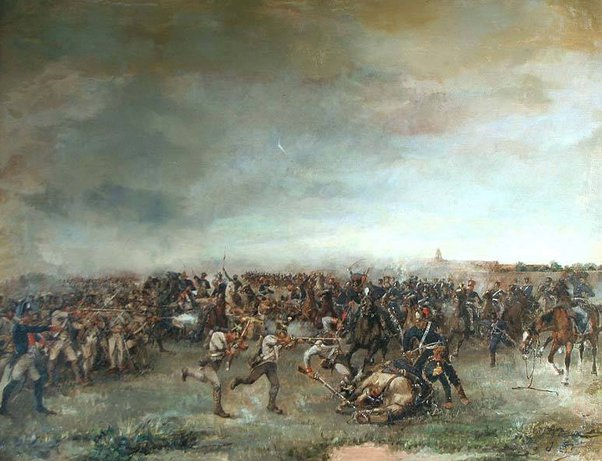 Alberto Bacler d’Albe was born in 1789 in Savoy (Italy). He joined the French army and became director of the topographical service of Napoleon and commander of the Geography Engineers Corps.

After 1815, Bacler emigrated to the United States and, in 1817, he joined the army of the United Provinces of the Rio de la Plata with the rank of Commander of engineers.

He engaged in the campaign of Chile under the command of General José de San Martín. He had an outstanding performance during the assault of Talcahuano and integrated the division under General Las Heras.

During the campaign, he was directly responsible for most of the topographic works carried out in support of military operations. He also fought in the battle of Maipú, in april 1818.

In 1820 he left with the Liberating Expedition of Peru and three years later he returned to Chile where he was hired to make a geographical map.

It is believed that he died in Valparaiso in 1823, although others consider that his dead happened after he returned to France.

In addition to Bacler d’Albe, another collaborator in the campaign was Jorge Beauchef. A  native of Velay (France), he joined the “Grande Armeé” of Napoleon at the age of 18 and took part in the Spanish campaigns. He was taken prisoner and managed to escape to Malta, then returned to France and fought for his Emperor at the Battle of Waterloo.

After these events, Beauchef left for the United States and then Buenos Aires. There, he joined the United Army in the expedition to Chile in 1817, with the rank of captain. In december of that year he participated in the attack on the fortress of Talcahuano.

His greatest glory was achieved when he conquered the city of Valdivia with the patriots. In 1823, he left as colonel in an expedition to help the liberating troops in Peru. Colonel Beauchef died in Santiago, Chile, in 1840.

Carlos Luis Federico de Brandsen, is considered one of the bravest military men in the Argentine army. He was born in Paris in 1785 and, as a private, he participated in several Napoleonic campaigns in the then kingdom of Italy. In 1814 he intervened in the campaign of the One Hundred Days also known as the Waterloo Campaign under the direct command of Napoleon.

In 1817 he asked to leave the French army and with the rank of captain he embarked to Buenos Aires.

At the end of that year, his rank was recognized and he was assigned to Chile joining the second squadron of the Grenadier on Horse Regiment. Between 1818 and 1819 he fought  in the Battle of Bío Bío and later departed from the port of Valparaíso in Expedición Libertadora al Perú, where he distinguished himself in several actions and battles. After fighting with Bolívar and having great differences with him, he left for Chile and then to Buenos Aires in 1825.

At the outbreak of the war against the Empire of Brazil in 1825, Brandsen was appointed Lieutenant Colonel of the 1st Cavalry Regiment. On February 20, 1827, commanding his cavalry regiment, he confronted the Brazilian infantry at the battle of Ituzaingó. On the battlefield he died heroically.

Read Also  A Storm at the Center of Mexico: AMLO's succession

The french brothers Alexis and Eustaquio Bruix were born at the end of the 18th century in Paris and, after participating in battles with the Imperial Guard of Napoleon’s army, arrived in Buenos Aires. In September of 1817, they were incorporated to the army of the United Provinces like officers of the Regiment of Grenadiers and they left to Chile.

There, both met in the disastrous defeat of Cancha Rayada on March 19, 1818 and in the victorious battle of Maipú, on April 5. A year later, the Bruix brothers departed for the second campaign in southern Chile and fought in the action of the Bío Bío River, where Eustaquio was killed in combat by a cannonball.

In 1820, Alexis left with the Liberation Expedition of Peru and with General San Martin entered the city of Lima. Days later, the French officer took with his troops the fortress of Callao. Along with the Horse Grenadiers of Lavalle, Bruix was the protagonist of several battles at the command of Bolívar.

In one of his famous outbursts, Simon Bolivar accused Bruix of a trifle thing – as he used to do to his best officers – and ordered him shot without cause.