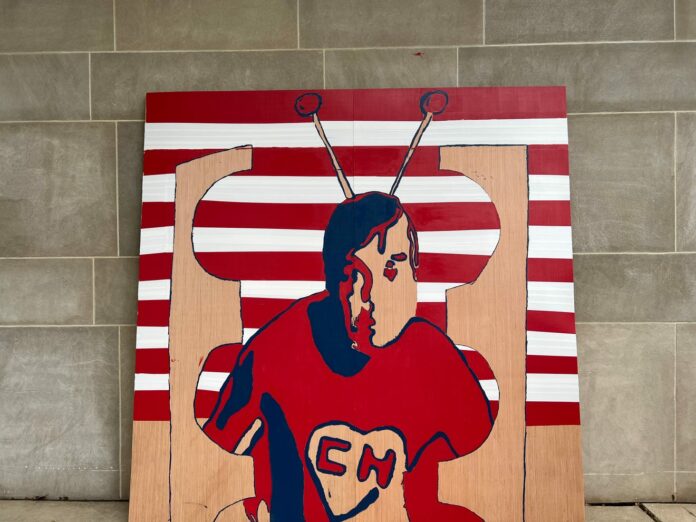 Melissa Perez was pumped when she learned her Spanish Heritage class would be painting an El Chapulín Colorado mural for East High School.

“He’s a very positive character, a you-can-do-anything type,” Perez, 16, said of the character. El Chapulín Colorado — or, in English, “The Red Grasshopper” — is a superhero character in the 1970s Mexican comedy television show with the same name.

Like many generations of Latinos, Perez watched the show when she was little.

“He’s very inspiring,” she said. “This mural is something that represents Latino culture in the community. We’re showing that we were always here, and we’re making ourselves heard more.”

Nearly half of East’s student population is Latino and/or Hispanic, according to Des Moines Public Schools enrollment data.

This year has been full of tragedy, particularly impacting its Latino community. In March, a drive-by-shooting outside of the school left one Latino teenager dead and two others injured. In April, Ema Cardenas , 14, a Latina freshman at East, was fatally struck by a car near the school.Still, the students at East are strong, said Ruby Herrera, East’s AP Spanish and Spanish Heritage teacher. She said she wanted to do something that reminds students of their strength.So, Herrera worked with […]

Previous articleAddiction experts fear recent explosion in sports betting will have disproportionate impact on Latinos
Next articleL.A. Latinos used to have a lower death rate than white residents. Not anymore
RELATED ARTICLES