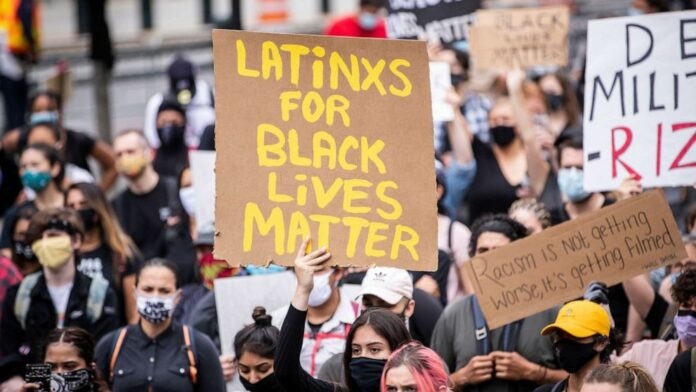 The many pan-ethnic labels used to describe the group of people who trace their roots to Latin America or Spain — terms like Hispanic, Latino, Latinx or Latine — have left some confused, some angry and many people debating what word to use.

Hispanic and Latino remain the dominant terms to refer to people from this group, according to the Pew Research Center, but a term growing in the public consciousness is Latinx, a gender-neutral version of the masculine and feminine words for Latino and Latina.

But the term has been criticized by some Latinos and Latino organizations who call the term elitist and non-inclusive.

ABC News spoke with language researcher, author and TikTok sensation Dr. Jose Medina about why it’s so hard to describe such a vast, complex group of people in a single term.

“As an openly queer, Latinx, Latine, Spanglish-speaking language researcher of the world, to me that intersectionality is really, really important,” said Medina.

“The reason why that’s so important is that no one really gets to choose how somebody self-identifies,” he added. For nonbinary, gender-fluid, queer people and others, Latinx is an inclusive term that rejects the gender binary. It can also be used to refer to a group of people without using the masculine- or feminine-dominant pronouns.

Others have criticized the term because they say it “anglicized” the Spanish language, ignores the language’s roots, and “is not representative of the larger Latino community,” according to a Pew Research Center survey.”There is no definite beginning to the term Latinx here […]