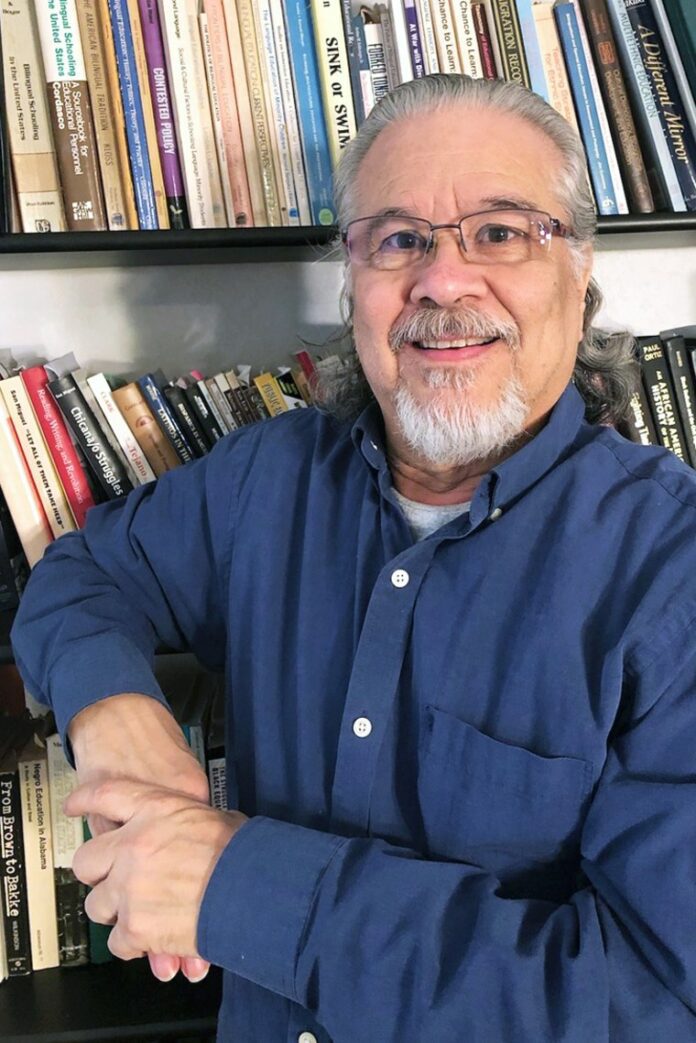 As a young man, Guadalupe San Miguel Jr. was enmeshed in the activism of the Chicano Movement of the late 1960s and ’70s.

He marched for civil rights and attended rallies against the Vietnam War. Along with other students, he occupied buildings on the campus of his university. He let his hair grow past his shoulders, wore platform sandals and favored striped bell-bottom pants à la Mick Jagger.

“I was wild and radical then,” San Miguel said. “I believed that anyone part of the system was part of the problem.”

He once protested at a Latino veterans’ event, convinced that it promoted militarism. Now a grandfather and professor of history at the University of Houston, San Miguel, 72, is out with a new book that offers a different perspective on the activism of that era.

Although this group has not received the same attention as their more radical counterparts, San Miguel argues that their work was equally valuable — and still resonates in Latino politics today. There were key differences between radical and moderate activists, San Miguel explains in his book. The moderates had faith in the federal government, trusted institutions and rejected the politics of protest. “They weren’t out demonstrating with us,” he said, “but they were fighting […]

Previous articleLatino groups want to do away with “Latinx”
Next articleCOVID-19 has turned deadlier for Black Californians, who have the state’s lowest vaccination rate
RELATED ARTICLES