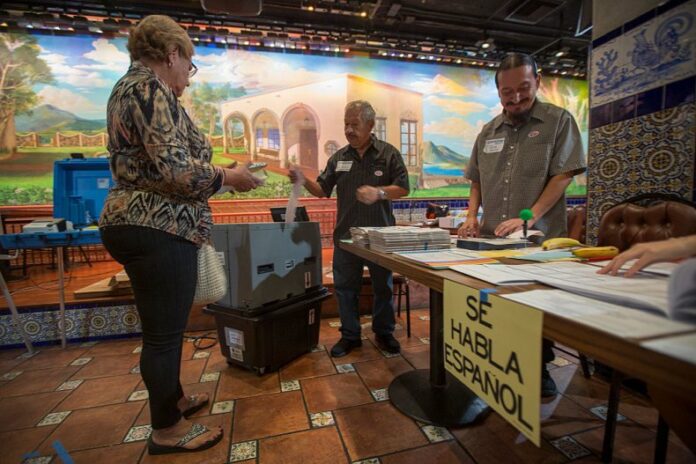 After the 2020 election, Republicans felt they were making headway with Latino voters in what they saw as an erosion of support for Democrats in that critical population.

But In 2022, despite a rough start with rising inflation, Democrats feel that the end of federal abortion protections by the Supreme Court , coupled with their legislative success in passing sweeping legislation addressing climate change and lowering health care costs, will reverse that erosion and provide them with the motivated electorate they need for victory in the November midterms.

But a new initiative from major progressive donor groups and foundations seeks to take a longer view.

The Valiente Fund, a new donor collaborative from Way to Win, is backed by philanthropies including Open Society Foundations and Democracy Fund, and has already raised and allocated $15 million ahead of its launch.

The effort, shared first with Newsweek , expects to add other major foundations as well.

At a time when less than 2% of philanthropic dollars are invested in Latino communities and groups, the fund will have two separate branches: one that is nonpartisan, to incubate and grow new Latino organizations, and another that is political, which will use messaging derived from research commissioned by Way […]