Havana, Cuba has been suspended in time in many cases, in the 50’s to be precise. Partly because of the U.S. embargo imposed on the island.

Being stuck in that era is what makes the island thrive with mainly European tourists. The city turned 500 years old last year and each of those years are carved in the textures of the buildings of Old Havana revealing Cuba’s rich and diverse culture.

The people have, however, managed to survive the economic embargo since 1962. Although the embargo was imposed to create hardship with the hope that the people will rebel against the revolution, such tactic didn’t work. Everywhere one goes, the obvious can be seen. Cubans love their country.

Everyone seems to be eager to talk about life in Cuba, politics, culture and its beauty. From the moment one hops into an old, beat up classic taxi car, when drivers are asked, they are excited to talk about anything Cuban, including politics. This stands contrary to what the public are told in the U.S -that Cubans are afraid of talking politics and that they lack freedom of expression.

One thing is clear when it comes to U.S. foreign policy- Almost every Cuban longs for the Obama years and speaks of his Administration with awe. And yearn to be able to respite once again; though there are a few that looked at the Obama administration’s foreign policy towards the island with caution.

Cubans are asked about the transition in leadership from Fidel to his brother Raul to the current President, Miguel Díaz-Canel Bermúdez. He became President of the Council of State on April 2018, taking over from Raul Castro and President of Cuba since October 2019. Most say that they are not anxious about the future, that they are sort of waiting one day at a time as to where the new leader is going.

“We have seen some, small good changes, a more open minded type of government, a little bit more openness to entrepreneurship,” said taxi driver Junior, who is a mechanical engineer and drives a beat up Russian car to make ends meet.

“My father and I talk a lot about the politics in Cuba, we saw the Obama policies with optimism and caution at the same time, as perhaps a move to control us from within,” added Junior, making obvious the distrust towards the U.S after so many years of hostilities.

“There are two kinds of economic blockades in Cuba” -explains another taxi driver who asked for his name to remain anonymous. “The blockade from the U.S and the blockade from our government” (referring to the measures the Cuban government has to implement because of the embargo). He went on to say: “In the past, buying a tire for my taxi will cost as much as 170 CUC pesos (roughly $168 U.S dollars), now, with the latest improvements, we can get it for about 60 or 70 CUC pesos.”

Another recent change for the good of Cubans is the access to Internet. Cubans are now able to use smart phones. They are now, just like the rest of the world, hooked on social media. WhatsApp is the app of choice in all Latin America for text and calls free of charge and has also become the choice for Cubans. WhatsApp is owned by Facebook and people can connect with anybody around the world.

Cuba’s film industry is as old as the Revolution and it recently celebrated its 60th anniversary. Analog until recently, the industry is now focusing on digital formats and President Díaz-Canel Bermúdez has implemented changes in the laws to benefit and recognize the independent film makers.

One of Cuba’s prominent film makers is Alfredo Ureta, who does fiction movies, documentaries and music video clips. Ureta is a screen writer and director, his wife is a producer. His work has earned him the prestigious Cuban awards Lucas and Cubadisco. “My passion for movies started during my childhood, there was a movie theater really close to our home and my mother would let me go to see movies almost every day,” said Ureta. “Besides making movies, I find myself enjoying writing humorous screen plays and producing music videos.”

Ureta is well known in the arts scene. One of his favorite places to visit is La Fabrica de Arte Cubano (The Cuban Art Factory), dubbed by Time magazine as “one of the best places in the world”.

The old cooking oil canning factory “El Cocinero” was turned into a three story cultural center that features painting, photography, modern art, music and, you guessed it, movies. It is also a combination of an art museum that later in the night turns into a night club that features prominent, modern singer concerts. It was the great voice of Luna Manzanares and her Afro-Cuban jazz band who rocked the house. The place has 10 bars and a restaurant that gives a 360 degrees view of Havana; it is the place to be seen for Cuban young artists.

Easy does it, low crime lifestyle

One thing that Cuba lacks from the ‘advanced world’ is crime and homelessness. People can walk the streets of Havana and adjacent towns in the middle of the night or smoke a cigar while seating on the sidewalk without the fear of being mugged or assaulted. Police presence is set to the bare minimum and people just have this easy going attitude at night and no one feels threatened. Indigentes (homeless) are nowhere to be seen.

Not everyone is happy. “I love the story of the Revolution, the ideals, but not so much what happened after the Revolution. Through the agrarian reform, people were given land to farm, but had to pay a big share back to the state. My grandparents lived through the Revolution and its aftermath and told me many hard stories,” said 26 years old Agustín while sipping his strong coffee.

Ariel, a young woman from the Island of Saint Lucía is studying to become a doctor in Cuba. The cost of her tuition: Zero. In 1998, Fidel Castro established the Escuela Latinoamericana de Medicina (ELAM Latin America School of Medicine). The 10,000 student capacity school, has a program for international students who come to Cuba to study medicine and go back to their countries to practice. According to Ariel, there are even U.S. citizens that study on campus. “I’m in my third year of medicine school, I still haven’t made up my mind about my specialty. When I go back to my country, I will have to do a- one year social service as a doctor before I can work or set up my private practice,” said Ariel.

Lining up to get rations of food is a thing of the past if hardly ever. “Around ’96, things got really hard, we didn’t have any food. We ate Yuca for months on end. My father worked at a pizza place so he would bring home pizza dough to make bread,” said single mom Marion. The almacenes (food warehouses) has basics such as rice, beans and coffee that are dispensed without any lines, on a daily basis, there are a handful of people picking up those essentials. There are cooperatives of produce where people buy fruits and vegetables and there are supermarkets for those that can afford them.

Cubans are happy, warm people with a survival spirit, eager to have fun, to dance a tune, to show pride in their culture and arts. Walking through their clean streets, a sense of peace can be perceived. “We have peace, nobody bothers any one, we are happy, we don’t carry guns, not even knives!” said another taxi driver on the way to the famous pre-revolution Tropicana Club, the very same place where Celia Cruz started her career. Sadly, the Queen of Salsa is not known among young people. 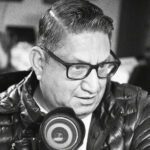