Among Cecilia González Herrera’s earliest memories is the successive closure of independent television channels and newspapers that existed in her country, Venezuela, when she was born in February 1999.
By the time she decided to study journalism at the age of 16, many independent media organizations had been closed or taken over by the government.
From a very young age, Cecilia saw the avenues of freedom of expression, political and personal freedom being closed in her native country and when she finished her secondary education she decided on journalism studies in the capital, Caracas.
“I thought it would be the only way to do politics without being a politician, to exercise a right to express oneself,” the young woman said.
Her mother, a political scientist by profession, warned her not to get involved in the student movement that at the time was leading the opposition against the government of Hugo Chávez.
But that warning was in vain. “You can’t go against who you are,” she says. Moreover, when she arrived at the university in 2016, the student protest movement was in full swing and would only intensify the following year, when student Juan Pablo Pernalete was killed by a National Guard during one of these demonstrations.
Cecilia participated in numerous protests during that one year she would study journalism in Venezuela, finishing two semesters and eventually moving with her family to the United States, when it was clear that her activism was a threat to her life.
“My mom told me, in Venezuela there is no future for you, especially if you want to do political activism, we are leaving here,” recalls the young woman, now 22 years old and a resident of Florida.
It has only been five years since that change, and Cecilia has learned English, has become active in local politics in the Kissimmee area, where she now lives, and has advocated for the Venezuelan diaspora along with others, to obtain Temporary Protected Status for Venezuelans (TPS).
She also founded with some friends, a group of young Venezuelans “for those who want to do social activism”.
“Living here I understood that we live in this community and that what happens here affects us”, explains the young woman, who in addition to learning English, recently finished community college and is about to start Political Science. All this while she awaits the legal resolution of her asylum case.
Her mother, who was trained as a political scientist and had a small business in Venezuela, now works at Walmart and makes Venezuelan food for sale in Kissimmee, Florida.
Cecilia has been active in the cause for a fair redistricting after the 2020 Census in the United States.
“As a community member in Osceola County, Florida, I have seen the impact of the lack of representation we have. I moved here 4 years ago and quickly realized that Latinos have no voice in government. Even with some Latinos in office, we are excluded from the decision-making process,” she says.
Although in Florida there are many Latino representatives, she says, “being well represented does not mean having a politician with a Hispanic surname, it means having someone who understands what the community is going through, who is close to it”.
Ideologically, Cecilia leans towards the Democratic Party, and that has earned criticism from some Venezuelan exiles who are followers of Trumpism, but the young woman, amid her pro-immigrant and pro-LGBT activism, feels more identified with the Democrats.
Recently, Cecilia participated in some redistricting hearings, and publicly criticized the attitude of a commissioner who prevented a citizen from testifying in Spanish during a meeting in Osceola County.
“He said English is the official language, which is not true. This county is over 52% Latino, the real question is what are our representatives doing to better understand us,” he notes. “We want to be part of the decision-making process.”
Cecilia has worked on local political campaigns and is interested in environmental issues. In 2020, she got involved on behalf of the Biden-Harris campaign.
“I know I won’t be able to go back to Venezuela for a long time,” she says. “But that doesn’t stop me from helping where I can. However, I think you get involved where you are.”
Her immediate priority, besides starting college, is to advocate for immigration reform but her future, she says, is in public service.
“I want to be in a public service position where Latinos haven’t arrived yet,” she explains. “We need more diversity, more women, more color in those boardrooms and making decisions for our own generation. Young people, with a fresh perspective.”

KHN (Kaiser Health News) is a national newsroom that produces in-depth journalism about health issues. Together with Policy Analysis and Polling, KHN is one of the three major operating programs at KFF (Kaiser Family Foundation). KFF is an endowed nonprofit organization providing information on health issues to the nation.

BORN AN ACTIVIST: A VENEZUELAN STUDENT PROTESTER TURNS INTO AN ADVOCATE FOR LATINOS IN THE UNITED STATES 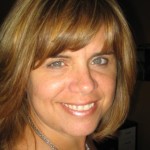 Pilar Marrero, senior Editor at Ethnic Media Services, is one of the most active voices –and pens- of Latino journalism in the United States. For the past 20 years, she has worked as a reporter and editor in various capacities for La Opinion, the most important Spanish-language newspaper in the United States, specializing in coverage of politics and immigration. She has also contributed her work to local and international media such as BBC Mundo, New America Media, Nieman Reports, Feet in 2 worlds and other publications. She is a sought-after commentator for English-language programs and media, a fanatic and pioneer of the use of social media in Spanish-language media, and an instructor of journalism at UCLA Extension.