California wants to be a sanctuary for abortion rights. But in the Central Valley, care is harder to reach 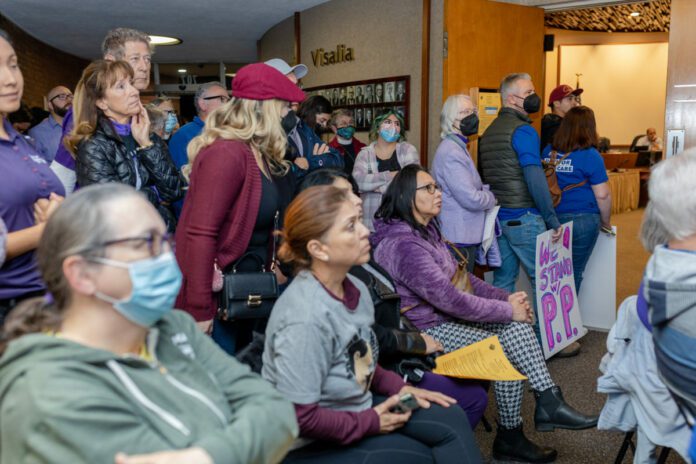 VISALIA, Calif. – A decade ago, Karina Gallardo-Montoya did not see the same support for reproductive health care access in Tulare County that she sees today.

Sexual and reproductive health is a growing interest among many in the San Joaquin Valley, even if access to it still lags behind other parts of the state, Gallardo-Montoya said.

The financial cost of accessing general medical care, she said, made her think twice in the past about seeing a doctor. When appointments were made for several weeks out, she opted for urgent care visits. Other times, she traveled far distances to nearby cities just to be seen.

Those are challenges that many in this part of central California face. It’s estimated there is one physician for every 2,300 residents in Tulare County, according to the University of Wisconsin at Madison’s Population Health Institute. A 2018 report from the California Health Care Foundation also found there is an uneven distribution of primary and specialty care physicians in California.

In the entire San Joaquin Valley, there are 40 percent fewer primary care physicians per capita than in the Bay Area, for example. The foundation describes the Bay Area as “healthier, wealthier and has higher rates of insurance, […]

Read Also  L.A. Latinos used to have a lower death rate than white residents. Not anymore