A Year After the Riots in Cuba, Regime Change was the Goal A year has passed since the riots in Cuba of June 11 and 12, when several dozens of people took to the streets to protest against the shortage of products, in a day that resulted in the destruction of public property, aggression to passers-by and the waving of American flags at the points of the brawls.

For this reason, twelve months later, ultra-right-wing groups located in the capitals of America and some cities in western Europe have called to mobilize in front of the Cuban diplomatic missions to repeat a day of protests against the government of the island.

Also, after this year, several journalistic investigations inside and outside the United States have shed light on the background of the disturbances, revealing that institutions linked to the White House have financed groups opposed to the government of Miguel Diaz-Canel.

This is an old story; one that began on February 3, 1962, when President John F. Kennedy signed Executive Order 3447 which provided for a total blockade of trade with Cuba, based on the Foreign Assistance Act of September 1961 and the Trading with the Enemy Act of 1917. Its objective was to prevent and hinder all economic and commercial activity of the Cuban Revolution, which had already defeated the Marines at Playa Giron and, not satisfied, declared its socialism ninety miles from U.S. territory.

The objective of the blockade is revealed in an excerpt from page 885 of the U.S. State Department report from 1958 to 1960 (Volume VI), where a secret memorandum appears dated April 6, 1960 from the then Assistant Secretary for Inter-American Affairs, Lester D. Mallory.

There, the official stated:

“The majority of Cubans support (Fidel) Castro […] the only foreseeable way to detract from his domestic support is through disenchantment and dissatisfaction arising from economic malaise and material difficulties […] every possible means must be employed quickly to weaken the economic life of Cuba [. …] a course of action which, while being the most cunning and discreet possible, will achieve the greatest progress in depriving Cuba of money and supplies, to reduce its financial resources and real wages, to provoke hunger, despair and the overthrow of the Government”.

From then to date, the damages of the embargo against Cuba amount to more than 147,853 million dollars, according to the report on the blockade presented before the United Nations General Assembly. And if the depreciation of the dollar against gold on the international market is taken into account, the figure rises to 1 trillion 377 million 998 thousand dollars. In the midst of the COVID pandemic, from April 2019 to December 2020, the ruin to the Cuban economy amounted to more than 9.157 billion dollars.

Read Also  A Prayer for Juarez

The impact of the blockade is felt every day in the streets of Cuba. Rice is in short supply, milk is scarce. And the industry is also suffering, which has to rebuild and rebuild parts because it is almost impossible to acquire spare parts due to the high international prices and the difficulties companies have to trade with the island.

Thus, the protests of the so-called 11-J were aligned with a policy aimed at asphyxiating the Cuban economy, diminishing support for the Revolution and provoking subversion on the island.

For example, journalist Alan MacLeod of MintPressNews.com, deciphered documents that reveal that the U.S. government motivated the altercations in Havana by financing artists, bloggers and other “leaders” to provoke “regime change” in Cuba. Thus came the song “Patria y Vida” (in contradiction to the revolutionary slogan “Patria o muerte”) performed by a reggaetonero named Yotuel, which served as a sort of anthem for the riots in Cuba.

In this regard, MacLeod publishes:

“What these media outlets (referring to the media covering the altercations) failed to mention was the remarkable extent to which Cuban rappers like Yotuel have been recruited by the U.S. government to sow discontent in the Caribbean nation. Recent publications on grants from the National Endowment for Democracy (NED), an organization established by the Reagan administration as a front group for the CIA, show that Washington is trying to infiltrate the Cuban art scene to bring about regime change.”

The U.S. journalist emphasized later in his report a statement by Allen Weinstein, co-founder of the NED, who told The Washington Post that “much of what we do today (in Cuba) was done covertly by the CIA 25 years ago,” confirming the involvement of Washington-paid hands in the fabrication of 9/11.

In fact, the United States Agency for International Development (USAID), a sister office of NED, granted up to two million dollars in funding to “groups that use culture to bring about social change in Cuba”. Thus, the riots in Cuba a year ago began with an alleged artistic collective located in the Havana municipality of San Antonio de los Baños and other organizations, among which 129 people have already been sentenced for committing riots and acts of vandalism for their participation in the destruction of public infrastructure.

But, one year later, Miguel Díaz-Canel continues to hold office from the Plaza de la Revolución. In contrast, Joe Biden’s administration is suffering one of its worst geopolitical crises in Latin America.

This was demonstrated at the last Summit of the Americas in Los Angeles where the U.S. president was snubbed by seven Latin American countries led by Mexico, who refused to attend in protest against Washington’s refusal to invite Cuba and Venezuela. Meanwhile, some of those who did attend, such as Argentina’s Alberto Fernandez, took the opportunity to criticize Joe Biden’s segregation policy. Even the Mexican Foreign Minister, Marcelo Ebrard, demanded the disappearance of the Organization of American States (OAS), the geopolitical arm of the White House over the rest of the continent.

In this sense, Washington is making timid attempts to recover ground in relations with Havana by reactivating academic trips between both countries, some tourism and easing restrictions on the sending of remittances. However, the 247 additional measures to the blockade implemented by the administration of Donald Trump, on the advice of Senator Marco Rubio, are still in force and no intention of eliminating them by the White House is on the horizon.

The fear of the Democratic Party advisors in the Oval Office is to give the Republicans in Miami excuses to equate Biden with Díaz-Canel and thus lose votes in the November legislative elections. They believe that, if they listen to the whole world in their demand to lift the blockade, they would lose popularity with the old anti-Castro 8th Street, among whom are former Bahía de Cochinos invasion militants and full-time gangsters.

This is how a policy that affects tens of millions of human beings on both sides of Florida is decided at a couple of domino tables. 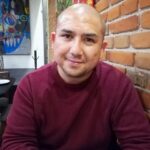